Water Over the Arroyo and Down the Rio Grande

It sure seemed like September was wetter than usual...some folks were calling it a monlate instead of a monsoon, but the good news is that everything (and everyone) in the Cafe is high and dry (and you can take that whatever way you want). 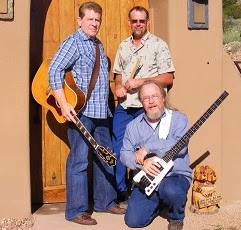 On Friday, October 6th, the Old & In The Way will be at the Cafe from 6 - 8 pm. They play familiar songs from the 60s-70s- and 80s from lots of genres. They don't look that old but look again -- they are blocking the damn door!


Tuesday October 10th, Jim Casey and A Band will play from 6 to 8 pm. You know Jim from Chill House so you should already know that the house and the Cafe will be rocking.


On Friday October 13th, 6 to 8 pm. Dennis and Friends will be performing. Just their luck...


On Tuesday October 17th, 6 to 8 pm. Dons Solo will be performing, but he sounds like more than one. 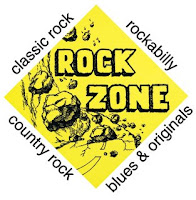 On Friday, October 20th, RockZonE will be at the Cafe from 6 - 8 pm. If you don't fall for their music, you must not be in the zone.


Saturday, October 28th, Urban Sage, 10 a.m. will be performing. No pajamas will be permitted.


On Tuesday, October 31st, Jerry's In the Way will be at the Cafe from 6 - 8 pm. Here's another chance to satisfy your curiosity. We can't tell you any more than that.